The human occupation of Halong Bay can be divided into three distinct cultures that lived in the area over three different periods of time. 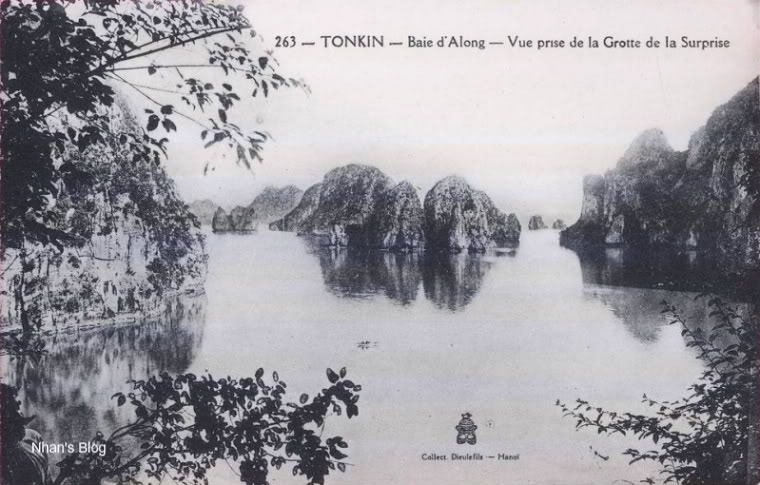 Ha Long Bay in the 19th century
The earliest culture was the Soi Nhu people who lived in the area between 18,000BC and 7,000BC who are believed to have sustained themselves by picking fruit and collecting shellfish. 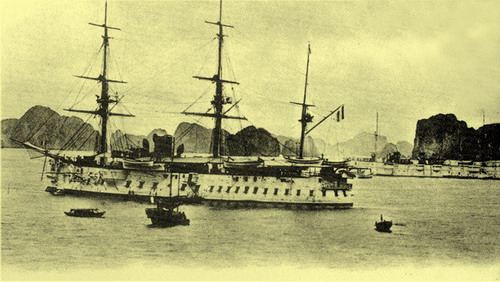 A French ship anchored in the bay
The subsequent Cai Beo culture existed in the area between 7,000BC and 5000BC and was predicated on the existing methods of hunting and gathering inherited from the Soi Nhu, as well as new techniques for marine exploitation. 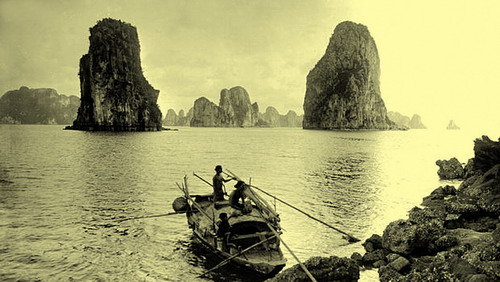 Between 3000BC and 1500BC, the Cai Beo culture evolved into what is known as the Halong Culture, which is the one that has left the most evidence behind, with as many as 50 cultural relics being found.
During the middle ages, the area was the site of at least three major naval battles, where each time the Vietnamese defenders beat back an invading Chinese or Mongol fleet.

Little has changed in the design of fishing boats in Ha Long
Ha Long Bay's location on the trade route between Vietnam and China, Japan and Thailand, meant that it has been an influential area throughout history. During the 12th century, the region became home to the first trading port in Vietnam, Don Van Port.
In more recent history, Ha Long and the surrounding bays have played a crucial part in defending Vietnam from invaders. In addition to the Chinese invasions mentioned above, the US navy also mined the waters of the bay, some of which still lie undiscovered in the water.